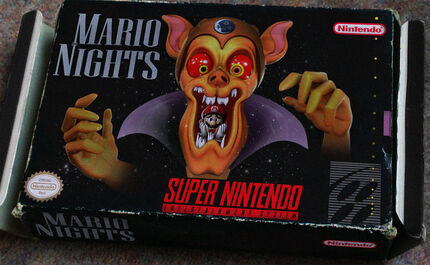 Mario Nights may or may not have been a game developed by Nintendo for the Super Nintendo Entertainment System (SNES). It is one of the rarest and least known games of the Mario franchise, as all that exists of this game is a photo of the cover. It is the last Mario title for the SNES.

The game is not listed on the Super Mario Wiki, as it lists the final Mario SNES game as Mario's Super Picross.

Community content is available under CC-BY-SA unless otherwise noted.
Advertisement